The launchpad for innovation

Runway Healthcare is a MedTech Accelerator investing in early-stage technologies that transform patients’ lives. We work hand-in-hand with entrepreneurial doctors, professionals, and businesses to help activate their ideas and realize their visions.

Operating with an eye for excellence

As a medical device accelerator, we have an eye for identifying truly innovative ideas in their infancy, which we then fund and nurture right up to the point of commercialization. We lay the course for accelerated value creation through strategic planning, best-in-class processes, and operational excellence.

We live by the mantra, “Early In, Early Out.” Our investment approach is one of speed, efficiency, and confidence. We invest and manage in early- and development-stage MedTech companies and prepare them for commercialization in a fraction of the time.

Advancing the future of MedTech

The innovators and companies we work with tap into our full range of resources to realize their technologies’ commercial success. By efficiently managing the entire product development process, we’re able to effortlessly transfer that technology to multi-national companies at the optimal valuation.

A team of difference makers
Runway Healthcare is made up of a dedicated group of industry veterans, each with a lifelong passion for MedTech innovation. Our team brings so much more than just capital to our portfolio companies — we bring a wealth of experience, expertise, and drive. 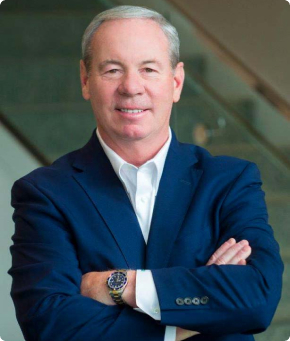 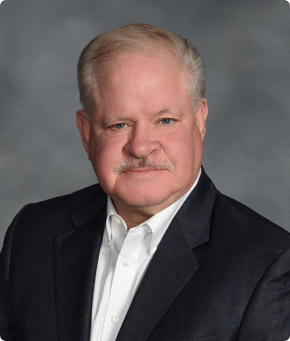 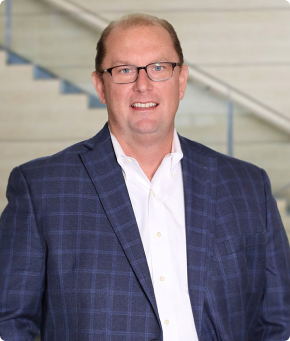 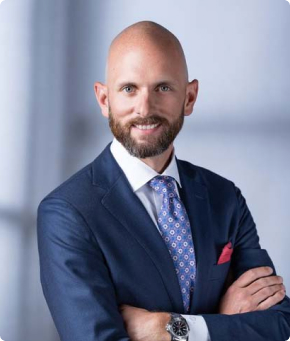 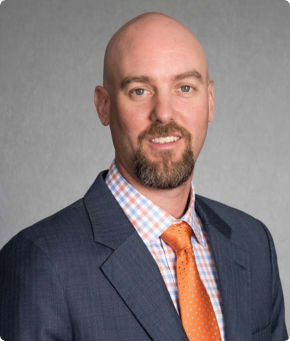 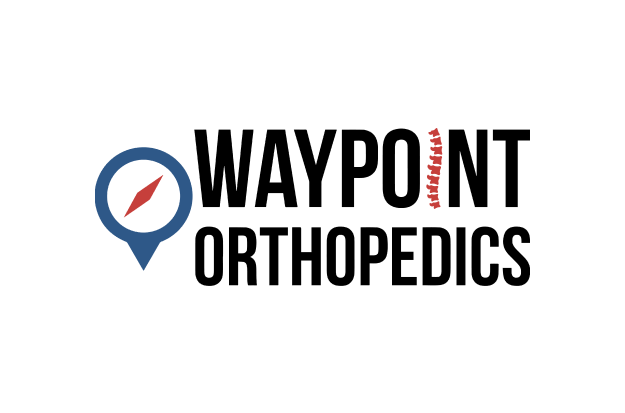 The future of vertebral fixation 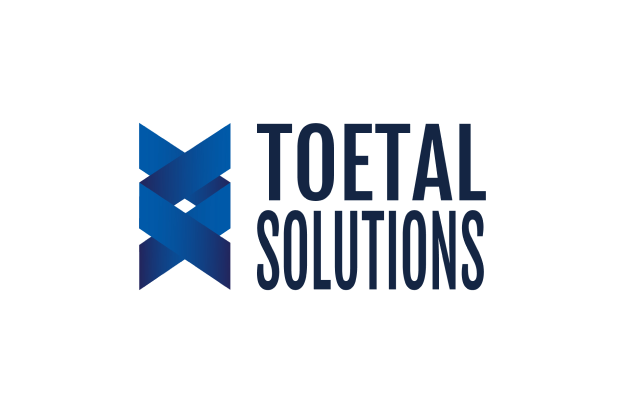 Are you an entrepreneur, doctor, or MedTech startup with a game-changing idea?

Let’s Run With It

Waypoint Orthopedics, Inc. Announces Appointment of Andrew Iott to Board of Directors

Jeffrey O’Donnell, Sr. brings more than 25 years of Board and Chief Executive experience running emerging medical device firms. Businesses under his direct leadership have achieved over $1.5 Billion in value creation from initial public offering of stock or mergers and acquisitions.

Jeff retired as CEO and Founder of Trice Medical an emerging growth medical device company developing in-office arthroscopy tools. In 2008, Jeff founded and ran Embrella Cardiovascular, a medical device startup company, which was sold in 2011 to Edwards Life sciences (NYSE: EW). Prior to Embrella Cardiovascular, Jeff served as President and CEO of PhotoMedex (NASDAQ: PHMD) from 1999 to 2009. Prior to PhotoMedex, Jeff was the President and CEO of Cardiovascular Dynamics. His team took CCVD public on NASDAQ in June of 1996 and purchased Radiance Medical Systems and Endologix (NASDAQ: ELGX). From 1994 to 1995 Jeff held the position of President and CEO of Kensey Nash Corporation (NASDAQ: KNSY). Additionally, he has held several senior sales and marketing management positions at Boston Scientific Corporation, Guidant Corporation and with Johnson & Johnson’s Orthopedic Division.

In 2005, Jeff was named Life Sciences CEO of the Year by Price Waterhouse Coopers, and in 2011 was named the Greater Philadelphia Emerging Entrepreneur of The Year by Ernst & Young.

Jeff is currently a Venture Partner of Laidlaw Venture Partners, the Chairman of the board of AerWave, a Director of Algorithm Sciences, and a Director of Accure Acne. He joined the AdvaMed Accel Board of Directors in 2016 and serves as an observer on the Membership, Ethics and Technology and Regulatory committees of the AdvaMed Board. Previously, Jeff served as Chairman of the Board for Strata Skin Sciences (NASDAQ: SSKN) (2 years), as well as a Director on the Board at Cardiac Science (7 yrs.) and Endologix (12 yrs.). Jeff is a graduate of LaSalle University and was recently inducted into the Beta Gamma Sigma, an international honors society.

William Odenthal has over 37 years of capital markets and equities banking experience. In addition to his role as General Partner at Runway Healthcare, he currently is Principal and Head of Investment Banking for Alere Financial Partners, LLC., exploring innovative, small-capitalization public corporations, primarily in the biomedical sector; providing comprehensive banking and advisory initiatives.

In June of 2013, William founded Alere Financial Partners, LLC., as a division of Summer Street Research Partners. During his tenure at Summer Street, he served as Director of Investment Banking, managing all aspects of equities banking deals for Alere Financial Partners, LLC. Over his eighteen-month tenure at Summer Street, William oversaw and was the lead investment banker on over 40mm dollars of unregistered security placements to institutional investors.

Prior to Summer Street Research Partners, William instituted the advisory business at The Benchmark Company. As a leader of Capital Markets at Benchmark from March of 2007 until June 2013, he orchestrated dozens of non-deal roadshows and attended multiple investment conferences.

Kevin Cody brings over 20 years of financial markets experience to the team. In the early stages of his career, Mr. Cody worked on equity structured products sales for institutional clients in the Tokyo and Hong Kong equity markets. More recently, Kevin brought that institutional experience to build an alternative investment platform for high net worth and family office investors with Alere Financial Partners a Division of COVA Capital Partners LLC. Over the past 5 years, he has narrowed his focus on medical technology companies that require purposeful funding. The collaborative effort of the Alere Financial Alternative Investment Platform and Runway Healthcare will provide funding and development for early stage med-tech ideas and opportunities that reduce timing and cost for physicians while improving patient outcomes.

Jeff O’Donnell, Jr is a healthcare entrepreneur who has merged a foundational corporate beginning with start-up agility. Jeff began his career and development at large Fortune 500 organizations. Throughout his tenure, Jeff has held almost every role in commercial organizations, from Product Management to VP of Sales and Marketing. Since 2013, Jeff has helped grow and operate multiple emerging growth start-ups in the Spine, Orthopedic, Cardiology, and Digital Health spaces. He is a proud graduate of the Haub School of Business at Saint Joseph’s University in Philadelphia.

Currently, Jeff is the President of Runway Management Corp., which oversees the direct management of the Runway Healthcare, LP portfolio companies. Jeff serves as CEO of Waypoint Orthopedics, Inc., and Toetal Solutions, Inc.

Additionally, Jeff is a Managing Partner of MAST Labs, LLC. and sits on the boards of various healthcare companies.

Bill Rhoda has a long history in the orthopedics implant space, starting his career with Synthes Spine in the late ’90s as a product development engineer. Bill later became a founding member of Globus Medical, serving as the Vice President of Product Development. He has developed a rapid product development process that dramatically shortened the time from concept to market introduction from 2+ years to 12 months. Since his time at Globus in 2012, Bill has helped form and develop new and innovative companies as well as helped create a MedTech venture capital firm with multiple exits. Bill is a graduate of Drexel University and serves as the Chair for the Dean‘s Executive Advisory Council for Drexel’s Biomedical Engineering school. Bill also serves on the boards of various medical device companies.

Waypoint has set out on a mission to make vertebral fixation safer and more efficient for the patient, the surgeon, and supporting staff in the operating room. With Waypoints GPS Guided Pedicle System, our goal is to enable physicians with real-time information in order to increase their confidence and reduce radiation exposure for all.

The Waypoint GPS uses proprietary color sensing technology which provides the physician with the information needed to determine the difference from cancellous and cortical bone, preventing cortical breaches. The Waypoint GPS looks and feels like a standard re-usable pedicle probe and requires little change technique. It simply enhances the surgeons experience through the use of this smart, disposable instrument.

Toetal Solutions was founded with the purpose of designing and launching easy-to-use and clinically effective solutions in foot and ankle deformities. Toetal’s flagship product, the Ziptoe™ provides surgeons with a simple and effective way to confidently repair hammertoes. The Ziptoe™ provides active compression of the PIP joint, while preventing rotation. The Ziptoe™ comes with a fully disposable instrumentation kit, that enables a cost-effective solution, without any compromise.